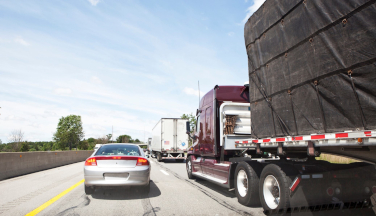 With diesel fuel prices surging north of $5.00 per gallon across the country, fleet operators are looking for more ways to control their biggest operating expense by increasing fuel economy. Most likely you are already doing all you can to improve vehicle aerodynamics and keep tires properly inflated. But there is another, less obvious and often overlooked way to gain a few extra percentage points in fuel efficiency: your choice of an engine oil.

Let’s start with the weight or viscosity of the oil. To reduce fuel consumption, you need to reduce friction in all its forms throughout the vehicle. And one source of friction is the thickness of the oil. A 40-weight oil is going to put up more resistance within the engine than a 30-weight. So just by moving from a 15W-40 to a 10W-30 viscosity oil, you are going to reduce the resistance, or friction, caused by the oil. In doing so, you will have more horsepower available, which means you don’t have to force as much fuel into the engine to maintain your desired speed. This simple change in viscosity can translate to as much as a 1% improvement in fuel economy – which may sound small, but at today’s prices, it can add up to a substantial savings per truck per year across an entire fleet.

Many truckers tend to have more confidence in thicker oils because that is what they are used to. However, if a truck is no more than 10 to 15 years old, you can safely move to a lower weight oil without compromising on engine protection and performance. In fact, the major truck OEMs have been using 10W-30 oils as their factory fill since 2013, and most agree that today’s 10W-30 oils could be backwards compatible as far as the 2007 model year. With the potential fuel savings, switching to a lower viscosity oil definitely warrants consideration.

What about synthetics? You may see a small fuel economy gain by moving from a conventional oil or semi-synthetic “synblend” to a full synthetic oil. It won’t be as significant a gain as the change from a 40 to a 30-weight viscosity, but again, every increment counts in today’s economy.

Another potential source of fuel savings is improving the performance of the exhaust aftertreatment system, specifically the diesel particulate filter, or DPF. Many operators may not realize that the engine oil plays a critical role in the health of the DPF. Non-combustible metallic additives in the oil are the chief cause of unburned ash accumulation in the DPF, which impedes fuel economy in a couple of ways. As ash builds up and starts clogging the filter, it restricts the flow of exhaust. The resulting buildup of exhaust gases in the system causes backpressure, forcing the engine to work harder to push exhaust out, meaning the engine is going to burn more fuel just to operate normally. The engine loses horsepower in the process, and the driver’s natural impulse is to press harder on the gas pedal to compensate, causing fuel to burn even faster.

DPF clogging also leads to an increase in the number of forced regenerations required to burn out the soot that builds up along with the ash. If we estimate that every regen burns about one gallon of fuel with the truck in a stationary position, then more frequent regens are going to reduce fuel economy dramatically. Chevron research has found that the combination of backpressure and more frequent regens exacts a fuel economy “penalty,” or loss of 3% to 6% over the DPF service lifecycle.

The easiest solution to excessive ash accumulation in the DPF is an ultra-low ash oil. Chevron introduced the first such oil for heavy duty diesel engines, Delo® 600 ADF, which has been shown to reduce ash accumulation in the DPF by 60% and improve fuel economy retention by as much as 3%. Along with the potential fuel savings, using an ultra-low ash oil reduces DPF maintenance costs and regeneration downtime.

Let’s hope $5.00-plus diesel fuel is a temporary situation. But if and when inflation cools down, economists predict that prices are likely to remain higher than we were previously accustomed to for the long haul. Now is the time to take advantage of the latest lubrication technology to help offset the impact of rising fuel prices.

Shawn’s career spans 25 years focused exclusively on research and engineering dealing with heavy-duty engine lubricants, fuels, emissions, and materials. Before joining Chevron in 2013, he spent 12 years leading global fluids and materials engineering activities for Cummins. He also spent five years conducting lubricant, fuel, and emission research for the Department of Energy’s National Renewable Energy Laboratory in Golden, CO. At Chevron, he is a Senior Staff Engineer primarily responsible for product formulation of the Delo Brand of Heavy Duty Engine Oils. Whitacre is the chairman of the ASTM Heavy-Duty Engine Oil Classification Panel, which was tasked with the final development of the API CK-4 and FA-4 specifications that took effect in late 2016.