The Opportunity for FA-4 in Fleets

Three model years and thousands of new trucks later, we have seen notable uptake of FA-4 oils among fleets that were early adopters of 10W-30. These are fleets whose trucks tend to rack up a lot of highway miles, and therefore are looking to control fuel costs. Their average truck age is two to four years old.

Backwards compatibility is another issue that accounts for the lag in adoption. The API CK-4 category was introduced in tandem with FA-4 (as part of the PC-11 initiative) and was intended to address compatibility with older engines. On the whole, however, it is somewhat surprising that more fleets haven’t gravitated to the FA-4 category, especially given the performance benefits, which include not only fuel efficiency but outstanding oxidation for long drain intervals as well. Some fleet maintenance managers have expressed concern about misapplication of FA-4 in older engines. In practical terms, fleets try to minimize the number of oils they use and are hesitant to adopt FA-4 if they have as few as one truck in their fleet that is not FA-4 approved.

In reality, this may be a problem for very old trucks – say 15 years old or more – but not for the vast majority of heavy-duty trucks on the road. Some OEMs have validated FA-4 lubricants in engines as far back as 2010.

Misapplication concerns can be mitigated through better training of technicians managing service fluids, and through the use of Smart Fill labels on tanks, drums, jugs, and the engine rail.

Daimler Trucks North America made a significant move in leveraging FA-4, with approved use for HD engines 11 – 16 L from 2010 onwards, and medium duty 5L and 8L engines from 2017 onwards. Chevron’s Delo® 400 ZFA SAE 10W-30 was adopted as DTNA’s factory fill engine oil starting in January 2019. A few OEMs, however, have not yet approved the use of FA-4 in their engines. We would expect to see more widespread adoption if one more OEM approves FA-4. Of course, the category is likely to grow organically over time as more and more post-GHG 2017 vehicles are produced and approved for FA-4.

At Chevron, we feel strongly about the value of FA-4 for large fleets. We have introduced a program to help more fleet managers take advantage of FA-4 lubricants, even if they have a few non-approved vehicles in their fleets. In the meantime, it is up to us and our peers in the lubrication industry to educate the customer to the benefits of adopting FA-4 oils. Improved fuel economy and lower emissions are the goals of modern engine technology, and FA-4 oils are designed just for that.

OEMs that approve the use of FA-4 in their engines 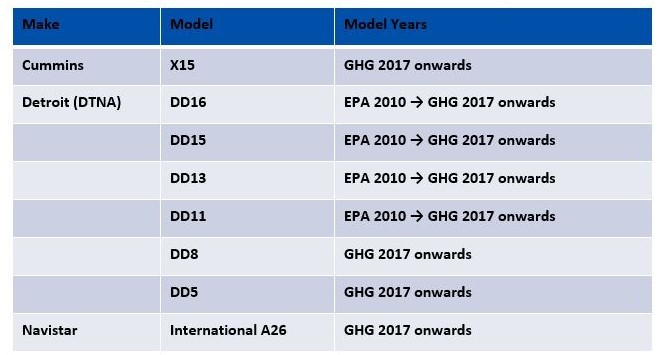 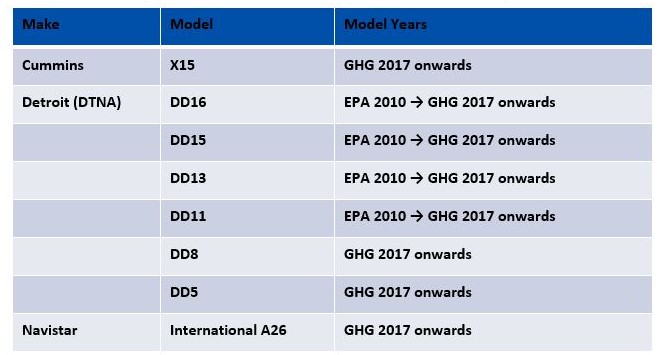 About the Author: James Booth graduated from the University of Southampton (UK) with an undergraduate degree in Mechanical Engineering and Ph.D. in Tribology. James began his career with Chevron 10 years ago in Chevron Oronite Technology, The Netherlands, and later moved to Richmond (Ca, USA), as a formulator within Automotive Engine Oil (AEO) Product Development team. He previously held the position of Americas region AEO Product Qualification Team Leader, and vice-Chair of the American Chemistry Council Product Approval Protocol Task Group. James is currently the Commercial Sector Manager supporting Chevron’s Delo brand and other related lubricants brands.